At the federal level, the harmonization project is seeking a harmonized definition of “employee” for purposes of federal statutes.

The predominant definition for the term “employee” for purposes of federal statutes is the “common-law” test. This is due to certain statutes explicitly adopting the test and a trilogy of U.S. Supreme Court decisions adopting the test for purposes of federal statutes that do not define the term “employee,” or define the term with a circular definition. The common-law test is the only test through which harmonization can be accomplished.

The final action required to harmonize federal statutes is for Congress to amend the Fair Labor Standards Act (“FLSA”) to define the term “employee” under the common-law test. Most courts define the term for purposes of the FLSA under an experimental test the U.S. Supreme Court adopted during the New Deal era, known as the “economic realities” test.  The creation of this test led to the creation of yet another test used by some courts, called a “hybrid” test, which is a hybrid of an “economic realities” test and the “common-law” test. The “economic realities” test is also used for purposes of certain other statutes that adopt the same test followed by the FLSA. A harmonization of the FLSA should automatically harmonize these other statutes, and gradually eliminate the “hybrid” test.

We hope you will join your colleagues in this effort to achieve harmonization at the federal level. To join the Coalition, please click here, or contact us at info@iecoalition.org.

The following are links to documents that pertain to this effort. 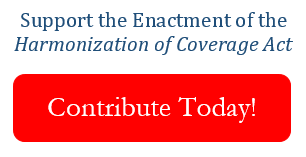